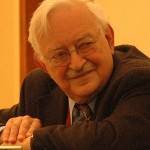 The World Social Forum (WSF) is alive and well. It just met in Dakar, Senegal from Feb. 6-11. By unforeseen coincidence, this was the week of the Egyptian people’s successful dethroning of Hosni Mubarak, which finally succeeded just as the WSF was in its closing session. The WSF spent the week cheering the Egyptians on – and discussing the meaning of the Tunisian/Egyptian revolutions for their program of transformation, for achieving another world that is possible – possible, not certain.

Somewhere between 60,000 and 100,000 people attended the Forum, which is in itself a remarkable number. To hold such an event, the WSF requires strong local social movements (which exist in Senegal) and a government that at least tolerates the holding of the Forum. The Senegalese government of Abdoulaye Wade was ready to „tolerate“ the holding of the WSF, although already a few months ago it reneged on its promised financial assistance by three-quarters.

But then came the Tunisian and Egyptian uprisings, and the government got cold feet. Continue reading…